In Phase 1, after the initial scan all tracks were grouped by album name. Now, in Phase 2 the albums are examined one-by-one to determine if they should be marked as a compilation. A compilation is a general term used to refer to a music release made of up of songs not intended to be viewed as a single work. There are two (2) types: Various Artist compilations and Anthologies. 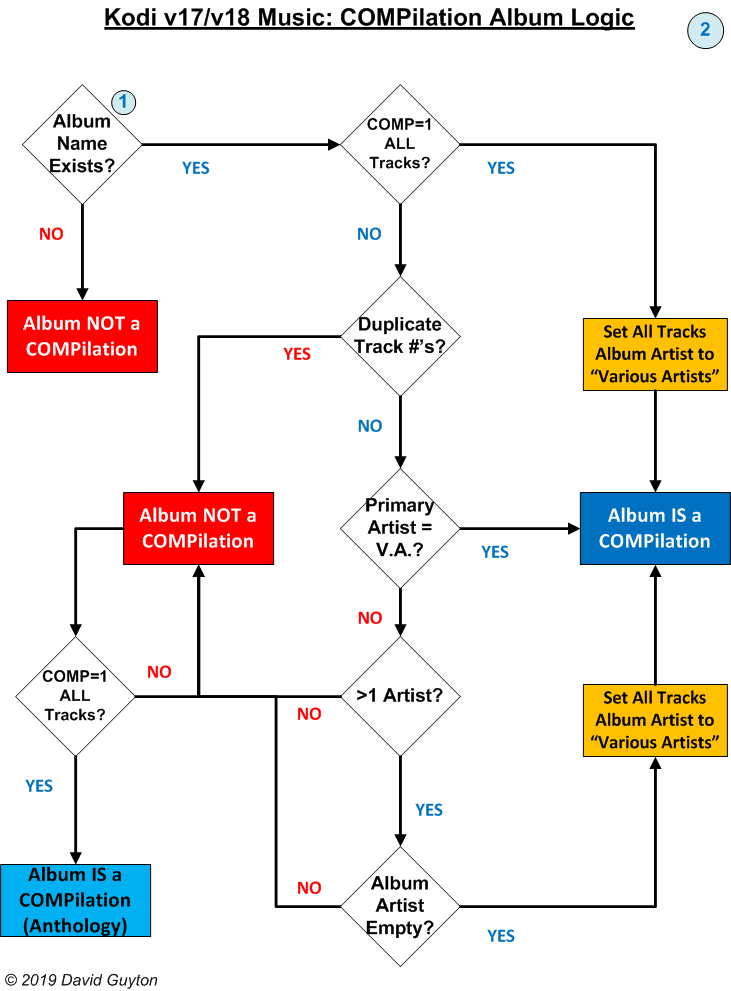 The next article is Phase 3: Common Album Artist Determination